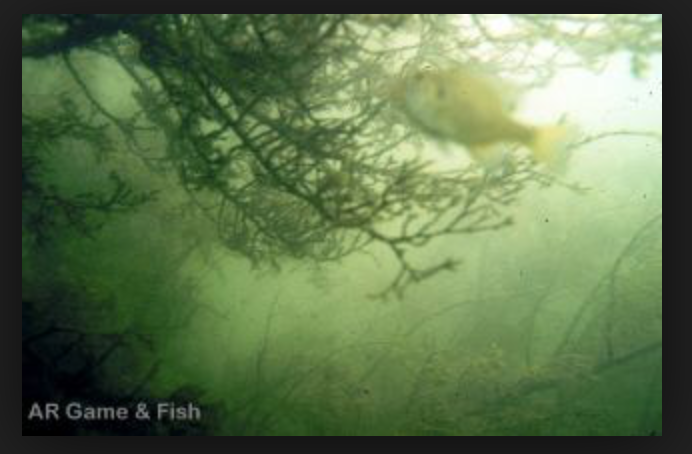 Pipe Trees at Lake of the Ozarks

Seasoned anglers know all too well the hassles of sinking brush piles at Lake of the Ozarks.

They’ve spent countless hours cutting down and dragging trees into their boats and then struggling to lift these tangled messes of limbs and concrete blocks over the side of the boat and into the water.  Some of them have invested in old johnboats or pontoons they use specifically for sinking brush, but others depend on their fishing boat for planting crappie beds, so they’ve also had to spend time cleaning out the limbs and other debris and buffing out scratches on the gunwales.

However, these anglers persist in being part-time lumberjacks and two-boat owners because their efforts usually pay off in livewells loaded with bass or crappie.

Sinking these crappie beds improves their chances of catching fish on Lake of the Ozarks since its devoid of natural cover, but cutting down trees isn’t always the best option. One innovative anglers has discovered a cleaner and more efficient way to build crappie beds without using trees.

Lake of the Ozarks guide Skip Surbaugh could be mistaken for a plumber when he visits the local hardware store to purchase his material for crappie beds. The guide usually buys 1- and 4-inch PVC pipes, PVC pipe cement and Quickrete bags for constructing artificial trees.

His pipe tree costs more (about $20 apiece) than the real thing, but Surbaugh believes it is worth the investment since the piece of cover seems to last indefinitely and is nearly undetectable by sonar. “It’s very hard to find. You have to know exactly where it’s at,” suggests Surbaugh. “It does not show up on a locator. If anything shows up at all it will look like one small vertical structure.”  He believes once algae accumulates on the PVC, the trees start showing up as thin vertical lines on a depth finder but those lines are usually unrecognizable to other anglers.

The pipe trees offer two other advantages over brush piles.  Surbaugh suggest the manmade cover is ideal for crappie fishing because jigs rarely hang up on the PVC. “This method is also perfect for guys who don’t want to scratch up their boat because the pipe will lie flat in the boat and all the other stuff is already drilled and weighted beforehand,” he says.

Surbaugh’s tree consists of 10 1-inch pipes for the limbs, a 10-foot piece of 4-inch pipe for the trunk, a 2-foot section of 4-inch pipe weighted with Quickrete for the bottom and a couple of 3-inch metal or self-threading wood screws.  Tools for this project include a hacksaw or band saw for cutting the pipes and a power drill and 1 3/8-inch hole cutter.

The guide drills the screws into the 2-foot pieces of pipe and stands them in his gravel driveway. Then he mixes the Quickrete and pours it into the pipes where the cement hardens around the screws.  The bases for seven or eight trees can be made with one bag of Quickrete.

“Once you’ve got your bases poured you can have a tree ready to go in less than 10 minutes,” suggests Surbaugh. The next step is to drill the holes into the trunk for the limbs. Surbaugh drills into the 4-inch pipe at an angle so when he inserts the smaller pipe it wedges tighter to the trunk. He also drills a couple of extra holes in the top of the tree which allows the main pipe to fill with water and sink faster.

The local guide then loads all the pieces into his bass boat and heads for the lake where final assembly is done. When he locates a good spot for planting, Surbaugh then attaches the trunk to the base and daubs the connections with PVC cement to keep it secured. Then he inserts the pipe limbs into the trunk and cements them in place. “All you have to do then is grab the middle of the pipe and drop it over the side so you don’t have to mess with any concrete blocks or rocks in your boat,” he says.

The guide plants his trees as either horizontal or vertical cover. “A lot of times I’ll cut the limbs down into 10-foot sections, drill a hole in the top of the trunk and hang a wire attached to a concrete block and lay the trees down flat,” says Surbaugh. Since the limbs spread out about 5 feet on each side of the tree, Surbaugh extends the wire on the anchor to about 6 feet to prevent the weight from pulling down and smashing the bottom limbs.  He usually drops these trees in depths of 10 to 12 feet.

When he wants to sink the cover in deeper water, the guide constructs his trees with the 20-foot pieces of pipe to create 10-foot limbs. Surbaugh attaches a heavy plastic bottle near the top of the tree trunk so when the tree falls to the bottom, the bottle floats up and keeps the cover erect.

The submerged pipe tree usually starts accumulating algae in about 10 days, which is when the crappie and bass also start hanging around the cover. Surbaugh has been planting his pipe trees in Lake of the Ozarks for the last four years and estimates he has 40 pieces of cover in the lake.  The heavy fishing pressure and boat traffic on this reservoir takes its toll on submerged brush piles after a couple of years, yet Surbaugh has noticed his pipe trees remain intact.

Copies of John Neporadny’s book, “THE Lake of the Ozarks Fishing Guide” are
available by calling 573/365-4296 or visiting the web site www.jnoutdoors.com.